I Don't Know If Obama Is Evil Or Just Stupid, Or Does He Think We Are Total Idiots!!!! Urgent Read And Pass Along

I encourage all of you to sign this petition. Whether you are in the oil & gas sector or not, you will "feel" the effects if this legislation passes. This will kill domestic Exploration activity, result in massive layoffs and increase our dependence on foreign oil.

Senator States that Eligibility is up to the voters

Dear Fellow Citizens,
This is the most alarming news story that I have read in this whole agonizing process!!
Is a Constitutional requirement to be set aside on the basis of the vote of only 25% of the eligible voters? What is the value of this Senator's oath of office to uphold the Constitution? If he is willing to disregard the plain statement in the Constitution, has he not violated his oath? If we are subject to decisions based on the majority of "those who voted" are we still a… Continue

What Have "WE" Done To Our Country???

Got your attention, well here is the "TRUTH"...Try and deny it...310 million Americans have allowed 546 political pigs in Washington DC to completely destroy the greatest nation ever known to mankind. The people didn’t destroy the nation themselves, even though they will be the ones who will have to pick up the pieces and start all over, once it all comes unhinged… But the people have allowed it.

We have one… Continue

From the Weekly Standard Blog

At a meeting of the Republican conference this morning, House Minority Leader John Boehner said that his party has an obligation to challenge Obama in a clear, unambiguous manner.

“There's no point in ‘triangulation’ when it comes to this budget. It's the… Continue

(NOTE: This now opens the door, via the FOIA, to get Obama's hidden records. This "article" was sent to me by another writer and I find it very interesting, indeed! Let us watch how this plays out. There is no doubt Obama has made a grave error and this could be the key that opens the door that has been secured by the Obama Legal Team. The basic tenet, of what has occured, is true, what will it… Continue

The man who is President Obama’s newly minted urban czar pocketed thousands of dollars in campaign cash from city developers whose projects he approved or funded with taxpayers’ money, a Daily News probe found. 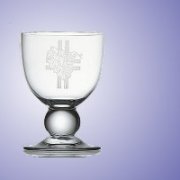 On Sunday March 1st, 2009 8pm to 10pm CST,
The Chalice Show
On BlogTalkRadio (http://www.blogtalkradio.com/PatriotsHeartNetwork) or you can hear a live stream at Patriot's Heart Network (http://www.patriotsheartnetwork.com/)