A Lesson in Liberal/Democratic Party Hypocrisy 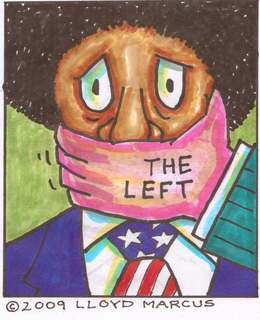 
Calm down Joseph. I see your hand, but I want someone else to answer for a change. No takers? Ok Joseph.

You are correct. They are hated by liberals and Democrats. Tell us why? Correct again Joseph. They are women and minorities who honor God, family and country. They are self-reliant, extremely successful and do not view themselves as victims.

Liberals and Democrats will not tolerate such liberated independent thinking by women and minorities. It threatens the foundation of the Democratic Party which is built on insidious evil lies, class envy and victim-hood-ism.

For decades, liberals and Democrats have been indoctrinating women and minorities; filling their heads with lies such as America is eternally racist and sexist. They claim the only way for women and minorities to succeed is through Democrat led government mandated lowered standards, entitlements and special concessions.

But wait a minute Joseph. Are you saying that these self-proclaimed heroes of women and minorities would actually seek to punish and destroy them? Oh, I get it. You are saying their faux-compassion is nothing more than a PR campaign promoted by their buddies who dominate the mainstream media.

Liberals and Democrats do not give a hoot about women and minorities other than their usefulness in furthering the socialist/progressive agenda. Their mantra is continue your monolithic voting for us and we will continue upping the entitlements and keep rich white racist conservative Republicans at bay. Despicable.

They became hysterically outraged when Bill O'Reilly and Republican Congressman Paul Ryan compassionately dared to address issues which are devastating the black community.

National race relations and the lives of women and blacks are considered acceptable collateral damage in the liberal's and Democrats' implementation of their socialist/progressive agenda.

Their agenda includes banning God from the public square to install a secular society, homosexual marriage, illegal immigration which means new Democrat voters, late term abortions and continuously increasing the size and overreach of government. Their goal is to have as many Americans as possible dependent on government (unprecedented 48 million on food stamps, over 90 million unemployed and Obamacare) which equals government having total power and control over every aspect of our lives.


Rabid liberal Bill Maher called Michele Bachmann a “bimbo”. He also called Sarah Palin the C-word and a “dumb twat” with no rebuke from the liberal infected mainstream media. Can you imagine the media feeding frenzy had a conservative used the C-word to describe Hillary Clinton? Glaring hypocrisy.

Would anyone else like to chime in? Ok Joseph, the floor is yours.

Democrats claiming that Republicans have launched a “war on women” is a prime example of the pot calling the kettle black and a media supported PR game. Democrats are obsessed with women killing their babies via abortion which is the leading cause of death in America annually.

CAIR (Council on American-Islamic Relations) is attempting to silence the movie, “Honor Diaries” which exposes violence against women.  Only conservative leaning Fox News is the lone media outlet informing the public. Due to political correctness, liberals and Democrats remain mute.

But wait Joseph. Please forgive me for interrupting. It has been my understanding over the years that liberals and Democrats are the great saviors of women.

Say what? Ok, now I understand. Political correctness and furthering their fundamental transformation of America always trumps our God given freedom, liberty, human suffering and lives. This is cruel, evil and glaring shameless hypocrisy.

Unlike liberal teachers, I will not give every student a gold star simply for showing up. I am giving you Joseph a gold star because you earned it. You did the work. Congratulations!

Mr. Marcus, well done!  You too get a Gold Star!

The Party of Corruption (AKA Democrats) thrive on the lies that they are help this or that group.  The reality is they are constantly holding them back with their empty promises, lies.  If any of these groups succeed on their own, one of the first things they learn is they no longer need Government and especially the Democrats.  They would become Republicans.  And that is what the Party of Corruption fears the most!