ACTION ALERT! PLEASE TAKE ACTION, NOW! AND FORWARD THIS MESSAGE TO EVERYBODY YOU KNOW!

WELL REGULATED AMERICAN MILITIAS !
We dedicate our hearts,minds and bodies to protecting our great Republic!

A message to all members of WELL REGULATED AMERICAN MILITIAS ! 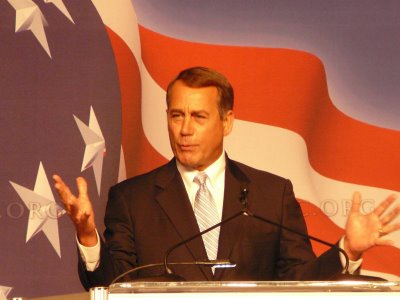 Please click on the following link, and keep this link circulating!

Please RE-POST THIS LINK EVERYWHERE YOU CAN!


The "No Confidence We Demand Resignation Petition Letter" in PDF format

SomeoneDiedForMeToday.com through MG Paul Vallely (US Army, Ret.), Scott Winchell, Chalice Jackson, and Patriot’s Heart Network wish to correct an error relating to Minority Leader John Boehner and any interaction his office has had with our cause.

Minority Leader Boehner’s office is aware of this petition drive, and in a phone conversation today, the office conveyed to us that they were asked by a concerned citizen to review a demand resignation petition, but never agreed to transmit or support the petitions. The Minority Leader’s office reports any claims made that they would aid in presenting petitions anywhere, were inaccurate.

This issue arose last week after the original We Demand Resignation Petition Letter was first posted. The original petition asked that 4 parties were to receive the petitions; The House and Senate Judiciary Committees, the White House, and Patriot’s Heart Network. A request by one of our new partners to add another location to send the petition was made. The reason for the request was that this individual felt that the Senate and House Judiciary committees would not be accountable for the petitions. This key individual stated that Mr. Boehner’s office had consented to bringing these petitions to the floor of the House, and after careful deliberation by management of this project, the decision was made to change the petition and add Mr. Boehner’s name as a recipient.

The management team at SomeoneDiedForMeToday.com has now spoken with the responsible party at Mr. Boehner’s office on several occasions and learned there was a misconception between this key individual and Mr. Boehner’s Office. The contact in Mr. Boehner’s Office had not given any such inclination, nor did they convey any intention of being a partner in the petition.

We believe truly, that all parties acted in good faith and that this is a minor public relations issue which has now been addressed and rectified to the satisfaction of all parties. However, SomeoneDiedForMeToday.com has decided not to remove Mr. Boehner’s name from the petition because he is the Minority Leader of the House, and is therefore a key figure in all actions within the House of Representatives. Based on web site statistics to date, there have already been over 13,000 copies downloaded. We don’t know how anyone will react, but we look forward to working with the Minority Leader’s office if they so chose in the future to champion our cause or otherwise.
Posted by Chalice at 11:13 PM