Cindy's Inside Scoop #7 - The Intensity Heats Up!

Hello and I hope you are well! Here is the next edition of my long overdue Inside Scoop! Feel free to scan it or read it all the way through if you like to get into the weeds with budgets and numbers. Brevity was just not possible with all that is happening in Lansing right now!

Michigan No-Fault Auto Insurance
The Senate has passed a bill to make changes to our no-fault auto insurance and it will be coming up for a vote in the House. I am currently studying this bill and will have a statement on my position soon. I am concerned about the high cost of auto insurance and also the current statist system that we have in place. I would like to see free market solutions and although it seems that these new reforms offer some positive changes, I am not convinced that these new reforms bring the fundamental changes that are needed. I'm open to hearing your thoughts on this matter.

Caucus Saga
Last week I was expelled from the House Republican Caucus meetings and was told personally by the Speaker that it was because of the Facebook post I made while attending a Budget Workshop. I did not feel I revealed anything confidential and all budgets had already been passed in public subcommittee hearings. Here is that post:

There has been a lot of media attention on the news, radio, and papers surrounding this as you can imagine. This does not interfere or prevent me from serving in my capacity as State Representative. I have still not learned of anything else regarding any further charges from the Speaker's office, but I do have a meeting set up with him next week. I may disagree on issues with my colleagues, but I respect the trust between us. I was elected to be accountable to the hard working taxpayers of Allegan County and the State of Michigan. I will work diligently every day for their best interests and to be transparent in my role as State Representative. I appreciate your prayers and support as I continue to stand as a strong voice for personal liberties, Constitutional rights, and fiscal responsibility. 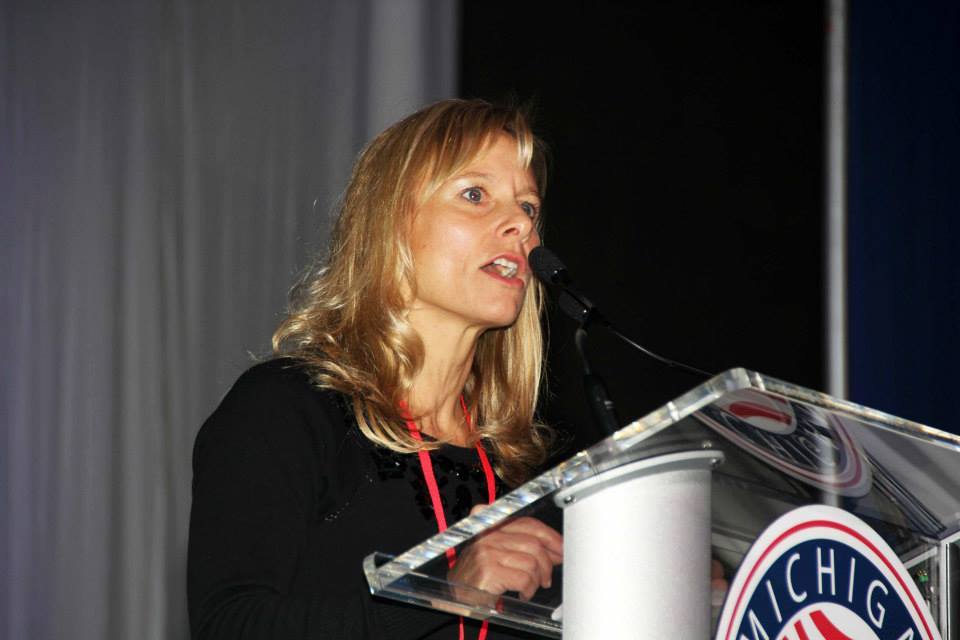 Just before Easter I threw my hat in the ring for Republican National Committee Woman which will be voted on by the State Committee on May 9th. The RNC meets four weekends per year and is involved in setting the rules for the National Republican Party which have an impact on the states and also the Presidential elections. I am running because I want to see a strong social and fiscal conservative voice in that position representing Michigan who will stand firm on our conservative values, even when others may pressure you to go in a more moderate direction. I am also running to be a strong advocate for the voice of the delegates and members that make up the base of the party. With my unique experience in the grassroots around the state, the GOP, and now in the Legislature, I believe I have a lot to bring to this position.

How We Appropriate Tax Payer Dollars

Serving on appropriations has been an incredible experience! It has been a massive undertaking done at lightning speed as we worked on a budget of over $52 billion dollars in just a few months!

The budget process started first with considering the executive recommendations (what the governor wanted), and then each subcommittee chair worked to 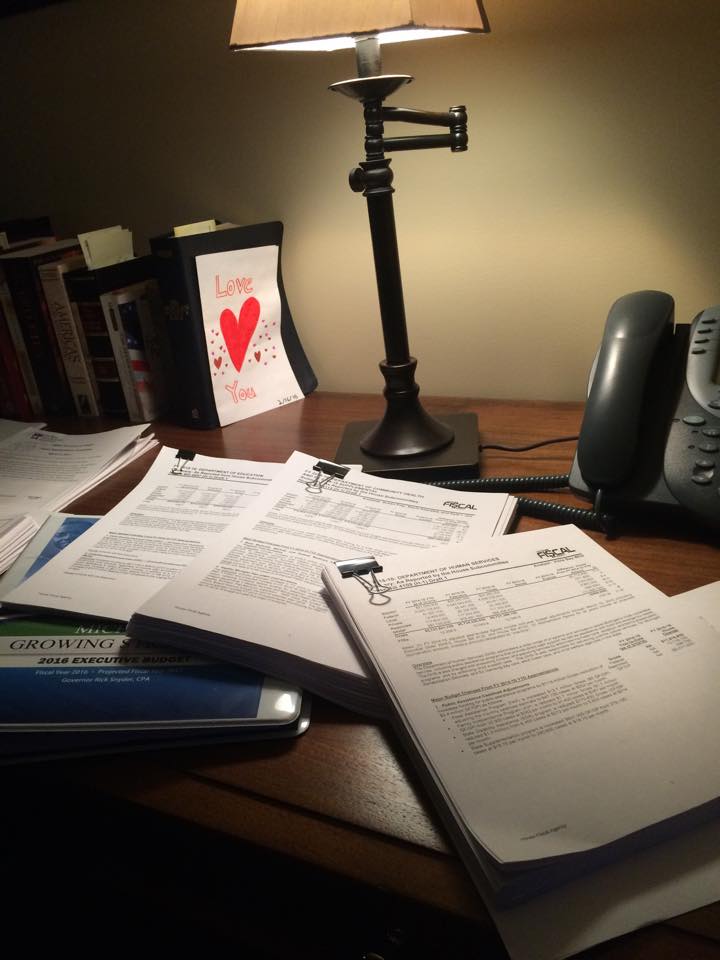 meet the vision and the goals set forth by leadership and also with input from the committee members. Each appropriations subcommittee has been working hard, listening to testimony, and combing through their department budgets.

The process is fast considering it's gravity and closes with each subcommittee voting out it's budget for recommendation to the appropriations committee at-large. I serve on the Military and Veterans Affairs, Department of Education (DOE), Licensing and Regulatory Affairs, and the Department of Natural Resources Subcommittees. My days in Lansing consist of committee hearings, meetings, and session while many of my evenings are spent studying budgets and reading legislation.

Prioritizing Dollars?
In my DOE subcommittee I put forward five amendments, three to eliminate additional funding for government subsidized daycare and two to eliminate an additional $1,600,000 funding to libraries. I do not believe subsidizing daycare should be under the purview of state government as it is a service that the free market provides; government subsidies will only distort the market and throw off the competitive pricing within the market. And although I love and support libraries, I could not justify sending additional general fund dollars there right now instead of prioritizing them towards roads. Unfortunately, my amendments did not have the support to be passed and added onto the budget.
The Full Omnibus Budget & My "No" Vote in Appropriations
This past week all the subcommittee budgets were rolled up into one large omnibus budget and also an additional education budget (I would have preferred that we would have voted on each of them individually). As an entire appropriations committee we reviewed each budget and also voted on each of the amendments that were put forth. This Scoop will focus more on the omnibus budget.
I was glad to see many spending decreases in my departments and others, as well as new language inserted to provide for additional transparency and oversight. I was also glad to see cuts made in corporate entitlements and Hollywood film subsidies. However, at this time I had to vote "No" due to some lingering significant concerns regarding appropriations that I still have.

I believe it is important that we prioritize government spending in a way that reflects our Constitutional responsibilities first and the proper role of government. Yet this budget increases funding to entitlements but decreases funding to roads at a time when we are asking taxpayers to increase the taxes on themselves to foot the bill. I will be putting forward amendments to try and adjust some of this discrepancy and to increase funding for roads in the current budget.

Funding Planned Parenthood?
We also allow as a state, taxpayer dollars to be directed to Planned Parenthood, the nation's largest abortion provider. While we do not allow dollars to fund abortions directly, indirectly the money which funds Planned Parenthood releases more dollars elsewhere in their budgets to provide abortion services. In a recent article from MIRS they stated, "According to the state's transparency and accountability website, for Fiscal Year 2015, $750,764 in total vendor payments are going to Planned Parenthood Centers of West Michigan, and $2.5 million in total vendor payments are going to Planned Parenthood of Mid & South MI."
Using taxpayer dollars in this way is a concern to me and many in my district and around the state who value life and do not want their dollars subsidizing an industry that ends life. That is why in the appropriations committee hearing I submitted an additional amendment to eliminate state tax dollar funding to facilities that provide abortions and abortion counseling such as Planned Parenthood.  Unfortunately, I had to withdraw that amendment as there was a concern regarding the language on the counseling and legal concerns. I am currently working on that language and plan to submit a clean and tight amendment to the omnibus bill regarding taxpayer funding of abortion providers. I believe we should instead look into the many county health clinics and others that provide women's health services without abortions that the dollars could be appropriated to.

The Budget is Coming up for a Full Vote of the House of Representatives
The full House will be voting on the omnibus and education budgets as a whole coming up soon. I will be offering up amendments in some of these areas that I see as concerns, hoping to help craft better budgets for the people of Michigan. You can contact your Representative and Senator and let them know where you stand on any of the funding and programs found in the budget. 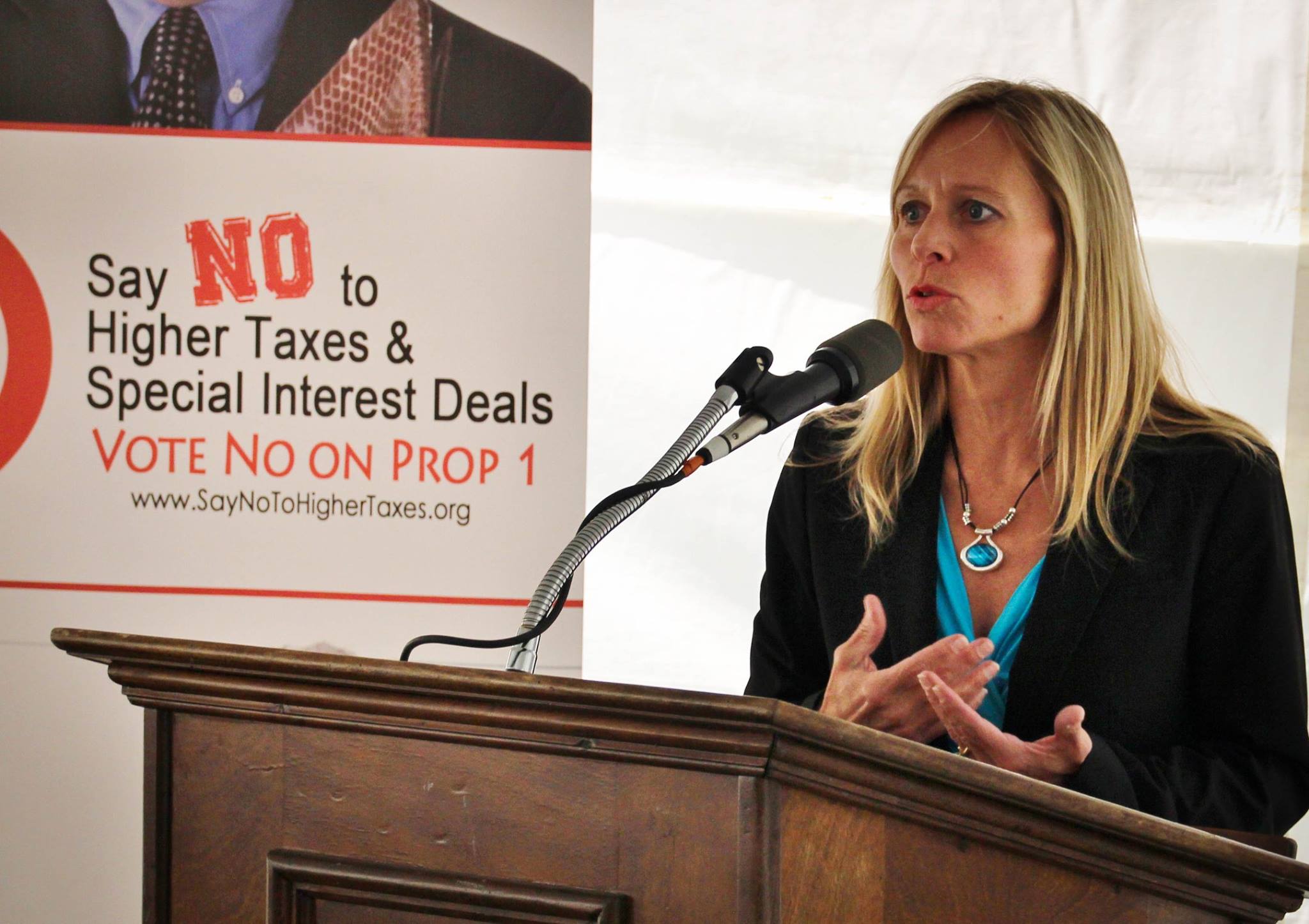 Prop 1
I have spoken now at a number of town halls, on television, and on the radio regarding Prop 1. Representative Ray Franz does a great job in breaking it all down and you can see his presentation by clicking here. I have many concerns about Prop 1 and I will include just a few. It is clear that many people find it confusing and are not sure exactly what they are voting on. It is a conglomeration of a number of bills that consist of over 46,000 words combined with a lot of moving parts. When it comes to changing the Constitution I believe we have to be careful that the changes are clear and the people can easily understand what they are voting on.
I am also concerned about raising taxes on Michigan families and businesses and the unintended consequences of taking $2 billion out of the private sector each and every year. In addition, nearly 40% of spending from Prop 1 will go to other areas besides roads. In the end, it is up to the taxpayers to review the information and decide if they feel that Prop 1 is the right solution for the problem that we face, but if Prop 1 does not pass, I am ready to work with my colleagues to put together a road plan that Michigan can be proud of.

Plan B Options for Road Funding?
When I speak on Prop 1, I get asked many times about Plan B options. There are many ways we can address the funding issue for the roads whether we reallocate smaller amounts from many pots or larger amounts from fewer ones. Myself and other Representatives and Senators are having conversations and looking into options. I included below a short list of some of the line item changes within the House version of the budget to give you some information about where some of the new and current funding is going. I plan on posting these Plan B options as they start to be fleshed out.
Be Strong and Courageous!
Each hour this past week has been incredibly intense and Joshua 1:9 has been at the forefront of my mind. I appreciate the prayers and words of encouragement that have been sent my way, they have meant a lot to me! This next week will be even more intense. May God continue to give us His strength, grace, and protection as we forge the path to what I hope is a better future for our children and grandchildren!

Dept. of Technology, Management, and Budget