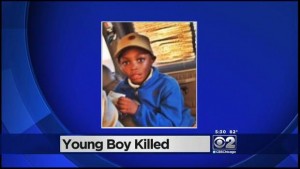 In response to my article, “Please Tell Black Lives Matter to Shut Up and Go Away”, a sincere black activist emailed asking me with what would I replace it? I asked him to explain. The bottom line of his lengthy passionate reply is “Negroes” are still not free in America. He says America has reneged on its promise of liberty and justice for all.

I am black. I asked my beautiful white wife of 39 years a rhetorical question. “Am I an Uncle Tom? Is there something wrong with me? Because for the life of me, I do not have a clue what he is talking about. What is America suppose to do for blacks that it has not done?”

Mary replied, “You're normal. They're wrong, stuck in a mindset.”

Black unemployment, particularly under Obama, is extremely high. While many blacks have achieved their American dream, many have not. It is not white America's fault. Behavioral issues are laying waste in the black community. Over 70% fatherless households and 70% school dropouts leads to gangs, drugs, blacks murdering blacks and incarceration; all resulting in poverty.

So what is Obama's solution to fixing these problems plaguing blacks? He lets drug dealers who prey on urban youths out of jail, claiming their crime is non-violent. He has his DOJ bully police across America to back off urban thugs. Obama minion Baltimore mayor said, “Let them loot. It's only property.” Violent crime is up big-time in Chicago, New York and Baltimore.

Despite claims otherwise, America has not failed its poor. We have welfare and entitlement programs out the ying-yang; a huge chunk of America's national debt. Also, there is nothing saintly about being poor. Don't beat me up for saying that. I have been poor.

Then there is the claim that America “systematically” and “institutionally” hinders opportunities for blacks. Hogwash! A black college professor friend heads a program offering blacks free college tuition. He has trouble finding applicants. This is a guy who worked his way through college and grad school. He was stunned when students thought having to pay their cell phone bill was a legitimate excuse for not purchasing the book and materials for his course.

Back in my late twenties, Christ delivered me from my wild and crazy drug-filled life. I wanted others to experience my joy. I spoke at youth detention centers and prisons. I remember weeping with a young guy who had attempted suicide. It was shocking seeing so many bright, talented and gifted young black men in prison. The two things they had in common was negative attitudes and victim mindsets. Thank you Democrat Party.

I fought the urge to grab them by the collar, slap them and yell, “Snap out of it! You were blessed to be born in America, the greatest land of opportunity on the planet! Stop this nonsense and go for your dreams!” 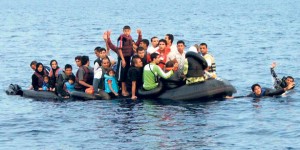 For crying out loud, people around the world are risking everything crossing shark infested waters in cardboard boats held together with duct tape, desperate to get to America.

Like formerly fat people who continue to see an obese person in the mirror, Democrats have ingrained in blacks that they are victims of an “eternally” racist America; despite glaring evidence proving otherwise.

With sadness in his voice, a black conservative friend phoned me. “Have you heard? Another unarmed young black man was shot.” The cop was a white rookie. Regardless of the facts, the MSM is married to its cops-murder-blacks narrative. Upon investigation, I learned that the black youth was armed and pointed his gun at police. Still, I sensed that even my conservative buddy was infected with the Left's America mistreats blacks mindset.

In hindsight, when my friend asked if had I heard about another shooting of a black youth, I should have said are you talking about the 40 shot in Chicago over the Memorial Day weekend or the 29 shot in Baltimore by fellow blacks? Oh, you must be talking about the 7 year old just shot in a drive-by. The grieving boy's mom tearfully said, “He had plans. He was going to be somebody.”

Sadly, there are a large number of black Americans whose brains are entombed in a victim mindset; impenetrable by the truth. A prime example are the disgusting comments made by a black woman during a TV interview, expressing her support of a black youth. “He didn't do no wrong. He just shot a cop.” This hateful woman is the equivalent of the KKK justifying killing blacks.

Like the deranged black woman, the MSM, Al Sharpton, Jesse Jackson and Democrats refuse to hold blacks accountable for anything. AA calls those who make it comfortable for an alcoholic to continue behaving irresponsibly, “enablers”. Not holding blacks accountable severely undermines black empowerment. Surrendering your success or failure into the hands of someone (white America) other than you weakens you.

To my sincere black activist friend, I say we replace “Black Lives Matter” with “Tough Love.” Tell blacks to stop blaming whitey, seeking more doomed-to-fail government programs and voting for Democrats. Generations of black dreams have been stolen due to Democrats addicting blacks to government dependency. While Planned Parenthood/Democrats push blacks to abort themselves into extinction, Democrats are replacing black voters with millions of unskilled, uneducated and poor illegals; taking jobs from blacks.

Liberalism teaches people how to fail.  It teaches them to be victims.  It teaches how to hate those that do succeed.

If we could only get it through to liberals that what works in sports works in real life.  Being the best gets you ahead.

Granted there are only a Michael Jordon or Tiger Woods now and then.  But in life, there are many opportunities to rise to the top.  And even if it isn't the top, you can do very well.  There are far more Doctor Carsons than there is in sports.  The problem is the Doctor Carsons don't get any press.

How many times does a black sports star get called an Uncle Tom or worse?  I'll bet the number is very low.  Yet when a black succeeds and realizes conservatism is the right path, they are trashed.  I am sure you have heard this Mr. Marcus.

When the blacks wake up that there are so many ways to rise high in America and honor those that make it outside of sports the problem will be solved.  There is no color barrier to be the next Bill Gates.