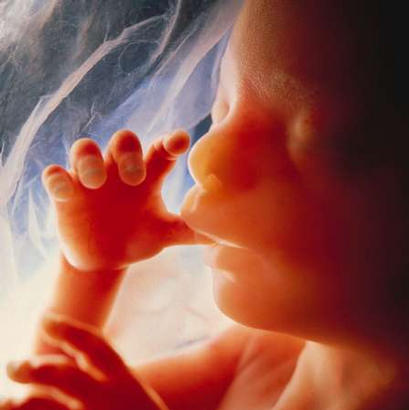 While in Wisconsin fighting to defeat Obama's minion's recall of Gov. Walker, I met Grandma Mary.

Folks, I can not get this woman out of my mind. Grandma Mary is very active in the pro-life movement. Grandma Mary's passion for the unborn, evidenced in her eyes as she spoke, was infectious.

I know, I know – this is one of those social issues which makes many conservatives nervous. You're saying zip it Lloyd! Please don't go there. We care about the unborn, but can't we shelve the abortion issue until after the November election? Stick to fiscal matters. We MUST defeat Obama. Let's keep the focus on Obama's horrible economy and not get side tracked with abortion. I get it.

But wouldn't it be wonderful if standing up for life turned out to be the key to defeating Obama?

In his book, “The Case for Polarized Politics”, Jeffery Bell points out that social conservatism “has a winning track record for the GOP.” While admittedly anecdotal, my dad and a longtime friend are black Christian men who believe voting for Republicans is pretty close to voting for the KKK. And yet, they both voted for Bush in opposition to gay marriage.

In a sane world, a president with Obama's unprecedented poor economic record, high unemployment and five dollar a gallon gasoline, would kiss his reelection goodbye. But, we live in a bizarre world where normal rules do not seem to apply. Not only is Obama historic as America's first black president, never before has the mainstream media been so invested in claiming a presidency a success and committed to giving a president a second term. The mainstream media will do whatever it takes; lie and cheat to protect Obama and lay four more years on the alter in worship to him.

Still, we patriots and our Republican presidential candidates should stay on offense; keep driving home and spreading the truth about the disastrous state of our economy under Obama.

Due to years of chipping away at the values and traditions which have made America great; dumb-ing down students regarding the price of freedom and creating a national entitlement mindset – these useful idiots have become Obama's voting bloc. Apparently, Obama believes there are more of them than there are Americans like you and me who still value freedom and take pride in earning a living. Lord, I pray Obama is wrong about who we are as a nation.

While Obama's deadbeats may not care about the economy, they may care about the slaughter of millions of babies and the literal genocide of black babies.

Allow me to state this truth AGAIN, since the mainstream media refuses to report it. Obama voted for infanticide; stopping hospital staff from efforts to save the life of babies who survive failed abortions.

I remember seeing animation of that one surviving sperm as it swims, illustrating it's determination to fertilize the egg. Upon facing and conquering that challenge to live; then even surviving an abortion, Obama via his vote says, let it die.

Obama is so obsessed with taxpayer funded abortion he is risking losing Catholics who supported him in 2008 by unconstitutionally forcing religious institutions to provide free abortion/contraception services. Again, allow me to inform/ remind you, NO ONE, is or has suggested banning contraception. Contraception is cheap and available to any woman desiring to use it. The issue which has sparked outrage across America is our president usurping unconstitutional authority to force taxpayers to pay for abortion and contraception against their religious convictions.

When did America become a country in which the president has the authority to force Americans to do something they believe they will someday have to answer to God for doing? What is in the heart of such a president? We're talkin' Daniel in the lions den. Be unfaithful to God or suffer punishment by King Obama.

America pushed back, big time! Undeterred, Obama and company decided to pursue their taxpayer funded abortion agenda another way. They showcased a 30 year old abortion activist, Sandra Fluke to tell her sad tale about how Georgetown, a religious university, will not provide her free contraception.

Ms Fluke knew Georgetown's policy of not funding contraception before she registered to attend. Tuition is over 40 grand a year and Ms Fluke claims to be unable to pay for her own contraception. Why is Ms Fluke's contraception any of our business?

Ms Fluke is yet another “prop” of the Obama administration's relentless attempt to force religious institutions to go against their faith. Why is having taxpayers fund abortion so crucial to Obama? Answer: Control which equals democrat power!

Ms Fluke is free to have all the sex and contraception she desires, but do not force people of faith to fund it.

I pray that the cynical arrogant Obama administration has miscalculated America's conscience about killing babies; causing a Titanic type breach in Obama's voting bloc. Grandma Mary's passion for life could be the key to defeating Obama.