"Republicans aren't perfect, to be sure, but we have a chance of salvaging that party. The Democrat Party, subsumed by the radical, sixties-retread leftists, must be politically obliterated and reconstituted from scratch. It's the only way to be sure."

Here's a killer report from Doug Ross. It should be sent far and wide. Uncovers rampant, ongoing fraud - FOR YEARS! - by these felons in charge of our economy. Note what a crooked snake Valerie Jarrett is and has been throughout her political (criminal) career. CB
Doug Ross @ Journal: Obama and His Ilk Are Experts in Only One Area...
http://directorblue.blogspot.com/2012/05/obama-and-his-ilk-are-expe...

Obama and His Ilk Are Experts in Only One Area: Legalized Plunder

President Obama's erstwhile pal, former Detroit Mayor Kwame Kilpatrick, "may well be the worst and most destructive American of his generation" according to Walter Russell Mead. 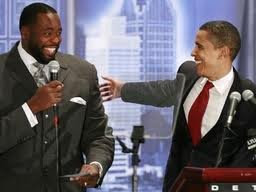 The latest [Detroit] scandal, which leaves even hardened observers of the abysmal Democratic machine that has run the city into the ground bemused, involves a real estate firm which gave the felonious mayor massages, golf outings, trips in chartered jets and other perks as this enemy of the people went about his hypocritical business of pretending to care about the poor while robbing them blind. The firm, apparently run by a sleazy low class crook named by the reprehensible Kilpatrick to be the Treasurer of what was left of Detroit’s finances, used Detroit pension funds to buy a couple of California strip malls. Title to the properties was never transferred to the pension funds, and they seem to be out $3.1 million.

Kilpatrick’s partner in slime is his ex-college frat brother Jeffrey Beasley, who is accused of taking bribes and kickbacks as he made bad investments that cost pension funds $84 million. Overall, a Detroit Free Press investigation estimates that corrupt and incompetent trustees appointed by Democratic officials over many years in Detroit are responsible for almost half a billion dollars in investments gone wrong. 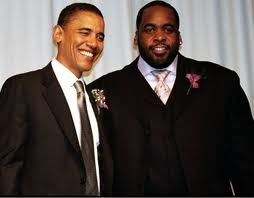 I honestly don’t know why there is so little national outrage about this despicable crew and the terrible damage they have done. The ultimate victims of the crime are Detroit’s poor and the middle class and lower middle class, mostly African-American municipal workers who may face serious financial losses in old age.

The 41 year old Kwame Kilpatrick may well be the worst and most destructive American of his generation; his two terms as Mayor of Detroit are among the most sordid and stomach churning episodes in the storied history of American municipal corruption. Now under federal indictment for, essentially, running Detroit City Hall as a criminal enterprise, Kilpatrick reportedly turned down a plea bargain that included a 15 year prison term. Insiders say that since the maximum time for the charges he faces was 18 years, the offer from the prosecutors indicates strong confidence in their case. Indicted with him was his father; it’s nice to think that father and son will have some quality time in the can.


The Kilpatrick case is typical of Obama's friends and colleagues. Among the president's advisers, Valerie Jarrett stands out as perhaps his closest confidante. And Jarrett's history is equally troubling, having managed thousands of federally subsidized housing units until they were finally shuttered as "uninhabitable".

In 2008 The Boston Globe reported on the stunning failures of Jarrett's companies. "Jarrett is the chief executive of Habitat Co., which managed Grove Parc Plaza from 2001 until this [past] winter and co-managed an even larger subsidized complex in Chicago that was seized by the federal government in 2006, after city inspectors found widespread problems."

Problems including the fact that many of the approximately one thousand housing units were "uninhabitable" and were condemned by federal authorities. Grove Parc Plaza, one of the largest residential housing complexes in Barack Obama's state senatorial district, has been at the center of a variety of scandals. 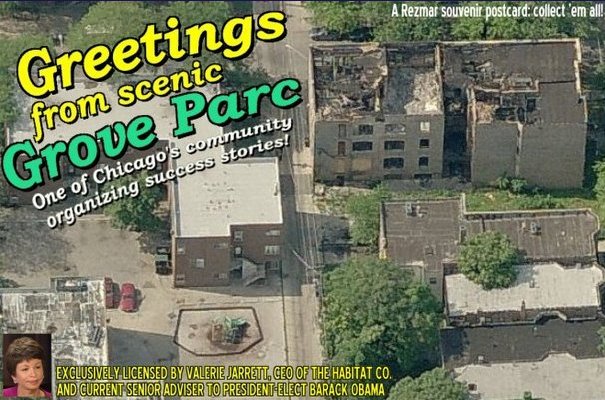 A few months after the Globe's report, a non-partisan watchdog group -- Judicial Watch -- announced that it had secured documents linking Jarrett to a variety of real estate scandals including fail...... "Valerie Jarrett served as a board member for several organizations that provided funding and support for Chicago housing projects operated by real estate developers and Obama financial backers Rezko and Allison Davis. (Davis is also Obama's former boss.)


In short, taxpayers had millions looted by corrupt developers and real estate managers; Jarrett's involvement with this skulduggery was never exposed to the American public by national media.

Under this administration, Legalized Plunder has become an art form.

• Obama's IRS is refunding billions to illegals who are claiming kids and other dependents... in Mexico.

• Federal inspectors have discovered billions in Stimulus fraud, from Solyndra to a "tree census".

• Medicare fraud is estimated at between $60 and $80 billion a year.

In the world of Obama's Democrats, government exists only to plunder your money. This is precisely as Bastiat described in his seminal work, The Law: 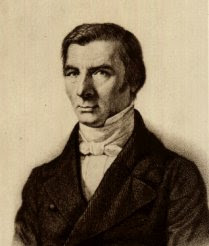 Sometimes the law defends plunder and participates in it. Thus the beneficiaries are spared the shame, danger, and scruple which their acts would otherwise involve. Sometimes the law places the whole apparatus of judges, police, prisons, and gendarmes at the service of the plunderers, and treats the victim — when he defends himself — as a criminal. In short, there is a legal plunder...

...But how is this legal plunder to be identified? Quite simply. See if the law takes from some persons what belongs to them, and gives it to other persons to whom it does not belong. See if the law benefits one citizen at the expense of another by doing what the citizen himself cannot do without committing a crime.

...Now, legal plunder can be committed in an infinite number of ways. Thus we have an infinite number of plans for organizing it: tariffs, protection, benefits, subsidies, encouragements, progressive taxation, public schools, guaranteed jobs, guaranteed profits, minimum wages, a right to relief, a right to the tools of labor, free credit, and so on, and so on. All these plans as a whole — with their common aim of legal plunder — constitute socialism.


The Democrat Party, now dominated by the far-Left progressive movement, is a party with only one plank: Legalized Plunder.

In November, I urge you to vote against every single Democrat. Republicans aren't perfect, to be sure, but we have a chance of salvaging that party. The Democrat Party, subsumed by the radical, sixties-retread leftists, must be politically obliterated and reconstituted from scratch. It's the only way to be sure.

The fine print.
As the old preacher said on Good Friday…..Christ was dead on the cross, the day turned to night, and the demons in hell were dancing a jig …its Friday, but Sunday’s a’ comin’.