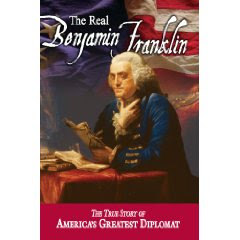 Our Founding Father's would agree, we have to

"Sir, there are two passions which have a powerful influence in the affairs of men. These are ambition and avarice; the love of power and the love of money. Separately, each of these has great force in prompting men to action; but when united in view of the same object, they have in many minds the most violent effects. Place before the eyes of such men a post of honor, that shall at the same time be a place of profit, and they will move heaven and earth to obtain it. The vast number of such places it is that renders the British government so tempestuous. The struggles for them are the true source of all those factions which are perpetually dividing the nation, distracting its councils, hurrying it sometimes into fruitless and mischievous wars, and often compelling a submission to dishonorable terms of peace." -Benjamin Franklin at the Constitutional Convention in 1787