The Manta.com website includes a database of over 63 million US and foreign companies. That database info is provided by Dunn & Bradstreet (D&B). Manta.com will provide preliminary information on each of these millions of companies for free. If you want more “in-depth” info, there’s a fee.

But since this article is about “funny” stuff, and paying fees isn’t fun, let’s run a few free searches and see what we can find. You might be surprised.

For example, if you type “Government of the United States” into the Manta.com search engine, you’ll be whisked to a list of “7,666 matching US companies”.

“Government of the United States (US Government) HQ

The “HQ” stands for “headquarters”.

Apparently, the Navy, Air Force and Courts are “companies”.

If you click on the “Government of the United States HQ” link, you’ll see another website page with some fairly detailed—and possibly bewildering—information.

You can click the “map” link and see a graphic indicating that this “Government” is located on “Capitol Hill” (same place as Congress) in Washington DC.

None of that seems particularly surprising (other than the idea that our “Government” might be a “company” and/or a conglomerate of “companies”). But the Manta.com report does begin to seem a little strange under the heading “About Government Of The United States” where we read:

And just in case you think we can’t be talking about the “Government of the United States,” take a gander at the “Additional Information” heading and you’ll read (as of August 6th, A.D. 2010):

“all receipents [sic] of federal funds that have any kind of criminal case or felony federal, state, local or served time in prison federal, state, benefits terminate 7/26/10 by barack obama administration.”

• Go back to the top of the “Government of the United States” page and click the “More Info” tab. Under “Employees (Estimated)” you’ll read:

2.7 million federal employees sounds about right. This enormous number of employees confirms that we’re viewing information on the “Government of the United States”.

But if only “3” of those millions of employees are “At this location” (the “HQ”) who are the “chosen 3”? And where, precisely is “this location”? Capitol Hill? Yes—but where on Capitol Hill? In the Senate chamber? The House of Representatives? If there are only “3” people at the HQ, that HQ might be as small as some cloakroom.

Under “State of Incorporation” you’ll read “Information not found”. This could mean that this “Government of the United States” was never formally “incorporated”. Or it might mean that the information concerning that incorporation is intentionally concealed.

Article VII of the Constitution declares, “The Ratification of the Conventions of nine States, shall be sufficient for the Establishment of this Constitution between the States so ratifying the Same.” I.e., the Constitution (and resulting federal government) could not become effective and operational until it was ratified by at least nine of the States of the Union.

Thus, while the Constitution may have been “approved” by the existing Congress in A.D. 1787, it could not have been established and ordained by We the People until ratified by at least 9 States. But the 9th State (New Hampshire) didn’t ratify until June 21st, A.D. 1788.

“Once the Congress of the Confederation received word of New Hampshire’s ratification, it set a timetable for the start of operations under the new Constitution, and on March 4, 1789, the [new, federal] government began operations.” [Bracketed insertion mine.]

Since the Constitution created the federal “Government” and could not have been ratified by We the People before A.D. 1788 (when the 9th State ratified), D&B’s report that the “Government of the United States” began “223” years ago (A.D. 1787) can’t be true. The earliest that the Constitution could’ve been deemed ratified and operations was A.D. 1788—222 years ago. Similarly, given that the new federal “Government” was not actually operational until A.D. 1789, the D&B report that this “Government” has been “in business” since A.D. 1787 also seems mistaken. Under this criteria, the earliest that the federal Government might become operational was A.D. 1789—221 years ago.

Aren’t I merely making a mountain out of data entry error mole hill? Didn’t the D&B clerk responsible for the data entry simply write “223” when she meant “222” or even “221”?

In 2008, when I first saw “1787,” I knew that either: 1) the D&B data entry clerk made a mistake; or 2) the current “Government of the United States” is somehow presumed to have started at least one year before the Constitution itself was ratified and two years before the resulting federal government became operational.

If so, whatever currently passes for our “Government of the United States” is not based on the authority of We the People, but on some other “authority”. Thus, this is a potentially “big” deal.

I also knew that if the D&B clerk didn’t make a data entry error, that the Manta.com website might be changed to eliminate evidence that today’s “Government of the United States” is not be the same “Government” created by the Constitution ratified by People in A.D. 1788. So, in A.D. 2009, I downloaded and retained complete copies of about 25 Manta.com website pages for safekeeping.

As I’d anticipated, the Manta.com website has since been modified and some information found two years ago has been changed or “disappeared”.

For example, where Manta.com used to report that the “Government” began in “1787,” it now reports that it’s been in business for “223” years. That’s not a big change. It’s still possible that the numbers “223” and “1787” simply reflect some persistent data entry calculation error. But given the differences between “1787” and “223,” the probability of a mere data entry error is reduced. It therefore seems increasingly possible that the current D&B report on “Government of the United States” may correctly declare that that “Government” started the year before the Constitution was ratified by the People.

If so, as crazy as it sounds, it is therefore conceivable that there might be two editions of our “Constitution”: 1) one approved by the Confederation Congress in A.D. 1787; and 2) another, ratified by We the People in A.D. 1788. The text of both of these “editions” of the Constitution would be identical, but the underlying authority would be completely different.

Under the Constitution ratified by People in A.D. 1788, the enacting authority and national sovereigns would (consistent with the principles of the “Declaration of Independence”) be We the People. As individual sovereigns, We the People would enjoy the “republican form of government” guaranteed at Article 4 Section 4 of the federal Constitution.

Yes, this conjecture sounds like another howling conspiracy theory. But even so, since the Constitution wasn’t ratified until A.D. 1788 and the resulting government didn’t become operational until A.D. 1789, D&B’s report that the government began “223” years ago and/or began in “1787” can’t be accurate. So, it seems at least “odd” that an entity as professional a D&B would make such a peculiar error.

It’s also curious that D&B describes the “Government of the United States” as a company and “HQ” over a number of other “branches” (like the Army, Navy, Air Force and courts) that are also deemed to be “companies”. 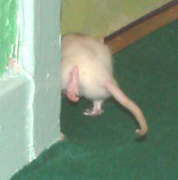 • If you’re up for even more funny stuff, enter “Nancy Pelosi” into the Manta.com search engine. You’ll be taken to a list of “2 matching U.S. companies”:

Click the #1 link, look for the heading “About United States House of Representatives,” and you’ll read:

“United States House Of Representatives is a private company categorized under Legislative Bodies, National and located in San Francisco, CA . . . .”

The US House of Representative is “a private company”?! And it’s “located in San Francisco, CA” (the home of the Speaker of the House)?

Incidentally, the 2009 edition of Manta.com’s report on Nancy Pelosi (that I recorded and saved) declared that the US House of Representatives was “also traded as Nancy Pelosi”.

• Enter “US Social Security Admin” into the search engine. Scroll down a bit and you’ll read:

“US Social Security Admin is a private company categorized under Federal Government-Social and Human Resources and located in West Branch, MI.”

• Try “Internal Revenue Service”. Manta.com will produce “41,632 matching U.S. companies”. Some of these are clearly private entities that have no governmental pretense, but many or most are “governmental”.

What’s your obligation to talk to several different “private companies” about your income taxes? Are there privacy concerns in sharing your tax information with several private companies?

And given that there are at least several score (and perhaps several thousand) “private companies,” operating as an “Internal Revenue Service,” who are you really paying your income taxes to? H&R Block?

There are a host of additional “private companies” that you might want to research. I collected website pages for about two dozen in 2008 and 2009. I’m not sure how many of those can still be found, but if you can find ‘em and if you read closely, you may be fascinated. Search for: “United States Court of Appeals,” “District of Columbia,” “George W Bush,” and “Supreme Court of the United States”. All were listed by D&B as “private companies”.

You may find other D&B reports that are similarly fascinating or bewildering. What does D&B have to say about the CIA or Homeland Security? Inquiring minds wanna know.

• What’s it all mean? I’m not sure. Perhaps D&B is merely guilty of gross negligence when it comes to entering data on governmental entities.

Or, maybe the entire structure of what currently passes for “government” is actually a conglomerate of “private companies” run by an aristocratic Congress that’s owned by . . . who? The world’s bankers?

Whatever the explanation, somethin’ funny is goin’ on here.

Today, when it comes to government, an appearance of reality appears to have been substituted for reality. Our government is not what it appears to be; not what it professes to be—and that’s not funny at all, is it?

Written at arm’s length and at my political choice of venue within The United States of America,

And this is interesting! Right when Obama took office a new corp is registered in London England.
Here is the link to search their data base:
http://wck2.companieshouse.gov.uk/1eb485b2f9ca1fdb887cfc66a5bba810/...

Comment by GIT-R-DONE! on August 18, 2010 at 7:49pm
This means that Barack Obama is NOT President of a country ~ any country. He is the CEO of a private Corporation named "Government of the UNITED STATES" also doing business as "US GOVERNMENT".