Political Correctness: Bring Me the Head of George Zimmerman! 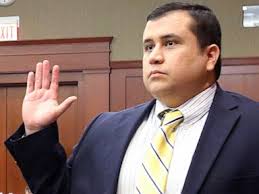 I was elated upon hearing the not guilty verdict in the Zimmerman trial. It gave me hope that America has not yet totally succumb to the tyranny of Political Correctness. It is refreshing that the jury was not willing to sacrifice the life of an innocent man on the alter in worship of Political Correctness enforced by the mainstream media and the Obama Administration.

Yes, the Obama Administration unlawfully conspired to “get George Zimmerman”. PC wanted this one, big time! PC sent out a clarion call to its enforcers, Bring me the head of George Zimmerman!

Thank God that there were six reasonable and principled persons on that jury who had the courage to say no in defiance of PC.

Despite having the ability to jump out of the pot of water at anytime, a frog allowed itself to be boiled to death; deceived because the temperature of the water was raised incrementally.

The American people are making a similar fatal error by its passive incremental submission to Political Correctness. PC is well on its way of becoming our tyrannical dictator; nullifying freedom of speech, trumping common sense and dictating our behavior. As I said, I thought George Zimmerman was toast.

Do you think I am exaggerating about the iron fist of Political Correctness? I dare you to step into the national arena and espouse an opinion not in sync with mainstream media consensus. Retaliation by PC enforcers (mainstream media) will be swift, merciless and vicious. They will humiliate and destroy you.

Incrementally bullied into submission, Americans are well aware of the issues they are not allowed to talk about and PC sacred cows they are forbidden to challenge.

Tenth grader and six foot tall football star Brutus beat me up. I was a small seventh grader who instinctively refused to be bullied by Brutus. Amazingly, I won Brutus' respect and we became friends.

It has been infuriating witnessing the media passionately hunting an innocent man to be sacrificed to their god, PC. Frustrated by the lack of evidence of criminal wrongdoing by Zimmerman, the mainstream media hoped the jury would be pressured into making an emotion-driven brain-dead ruling; void of facts, evidence and justice.

Talk about a tale of two opposing network coverages, Fox News coverage of the trial appeared to be fair and balanced. CNN's coverage on the other hand was nothing more than a lynch mob on the jail house steps demanding that Zimmerman be dragged out and hanged. PC agenda driven hacks spoke out of both sides of their mouths claiming to seek justice while fanning the flames of racial hatred. PC enforcers threatened riots if the “white Hispanic” was allowed to walk. And what the heck is a white Hispanic?

But folks, the Zimmerman trial is much, much bigger than George Zimmerman. Legal experts have admitted that had the MSM and Obama Administration not made the tragic fatal altercation about race, Zimmerman would not have been charged.

Zimmerman being found not guilty is a wonderful thing for America. Had PC been allowed to dictate Zimmerman's fate rather than the evidence, it would have marked a dark day in America; further empowering PC to reign supreme as an evil tyrannical dictator.

Shame on CNN and other mainstream media for irresponsibly promoting the lie that Zimmerman is a prime example that America is still a racist nation – where racist white men routinely kill young black men and get away with it. CNN should bear some responsibility for any riots resulting from the verdict.

The MSM hates it when truth upsets the apple cart of their narrative. Do you know who really kills black males in America? Answer: Black males.

Sorry PC, but here is another truth that dispels your narrative that blacks are routinely attacked by whites. Statistically, blacks are 50 times more likely to assault whites than vice versa.

These truths serve to unravel the PC narrative that America is eternally racist and minorities are eternal victims. Thus, Zimmerman escaping with his head still on his shoulders is huge. PC is still pursuing Zimmerman. The NAACP has asked PC enforcer, the Department of Justice, to pursue civil rights charges against Zimmerman.

Folks, PC is totally out of control, lording over our lives. As I stated, had Zimmerman been sentenced to prison to appease PC, it would have been a dark day for all Americans – further empowering PC to imprison and enslave us.

The jury's not guilty verdict for Zimmerman has given me hope that not all Americans have wimped out to PC. It confirms that there is still hope of turning our country around; winning it back from the tyranny of Political Correctness. Praise God!

The use of deadly force is reasonable when one has no clue when the beating will stop.  One can not assume it will stop before you are critically injured or dead.

The jury did the correct thing by not convicting Mr. Zimmerman.

It is too bad the extreme left can not accept this correct verdict based on the evidence the jury was given.  Until this happens, Mr. Zimmerman will not really be a free man.  The hate, bigotry, and prejudice of the extreme left will continue to restrict his freedom.  This is not the way America is supposed to be.