VA is Actually Turning Away Our Veterans

VA is Actually Turning Away Our Veterans 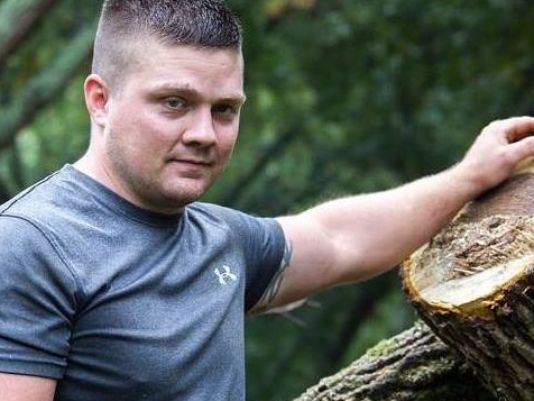 People died after waiting months just to see their doctor. Others, by the time they actually got an appointment, were told that their illness/disease was terminal. All because VA employees wanted to collect their bonus checks without actually doing the work.

A little less than a year ago, Congress passed a $16.3 billion VA reform bill. The legislation would cut back on waiting times at hospitals by hiring more doctors, nurses, and administrators.

If you call up and ask your congressmen (we did), chance are he or she will tell you that the VA situation is fixed.

Well, I want to tell you the story of Chris Dorsey. He is an Iraq War veteran who is also suffering from Post-Traumatic Stress Disorder (PTSD). His is a textbook case and definitely falls under the VA’s purview. However, he was turned away by not one, but two VA hospitals/clinics.

On this 4th of July weekend, raise your voice and demand that Congress give ou...

He went to the VA clinic in Lawrenceville, Georgia and was told they couldn’t help him because they weren’t taking on new patients.

Let that sink in. A VA hospital turned a veteran away because they didn’t want to take new patients.

No worries. Dorsey then traveled to the VA clinic in Oakwood, Georgia. When he got to the front of the line, he whipped out his cell phone and decided to get the interaction on video. Just in case.

“We’re not accepting any new patients — not this clinic,” the VA employee told Chris.

Imagine how this must feel. Serving your country honorably and being turned away and told to go somewhere else to heal battle wounds.

This is unacceptable. These men and women fought for the Stars and Stripes under the assumption that we would care for their mental and physical wounds. And right now, we are failing them.

Since the passage of the VA Reform Package last year, this entire issue has faded away. Like always, Congress is content with “doing something” even though that something still leaves many vets without the care they need.

Tomorrow is July 4th. Maybe you’re taking off work today a little early and heading out on a vacation with the family. Or perhaps you’re just inviting friends over for a good old-fashioned barbeque.

It doesn't need to be this way. Before you start travelling or barbequing for the Fourth of July, I implore you to raise your voice and FaxBlast Congress on this important issue. Right now, there are veterans who are being turned away and that is unacceptable.

By all means, celebrate. But don’t forget that while you and I are chowing down on a burger and washing it down with a cold one, there are veterans who are being denied medical care.

This doesn’t have to be the norm. Raise your voice right now and de...

This is just one more reason why the "brick and mortar" VA must be closed.  We need to change the VA to an insurance program.

How much more of this must happen before our Veterans get real health care they have earned?