According to the synopsis, Edgar doesn't like company but notices he is followed by a worm. So he tries to get away from the invertebrate.

The summary reads, “Edgar asks for the other animals on the farm to help him, but eventually he realizes he might have been part of the problem all along.”

One cannot comment definitively without having read the… Continue 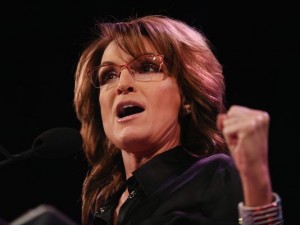 Forty years ago when my Aunt Nee was the pastor of the Holy Temple Church of Truth, an east Baltimore storefront, during testimony service Sister Davis or Sister Cleary would spontaneously lead the tiny congregation in singing, “We're Livin' In the Last Days.” “They're calling wrong right. They're calling right wrong. Surely, we're livin' in the last days!”

As I listened to… 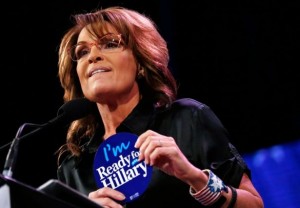 Sarah Palin saying “Of course” she's interested regarding running for the presidency in 2016 has people buzzing.  During that interview, Palin said we need a candidate who is ready for Hillary. I agree. Romney would be Mr. Nice Guy/gentleman unwilling to attack the…

I confess. With 5 minutes left in the championship game, Russell Wilson's third interception and Seattle two touchdowns behind, I turned the channel assuming Green Bay won. Upon turning back to the game, I was shocked to see Seattle ahead by one point. Seattle ultimately won the game in overtime and is going to the Superbowl. During his post game interview, Wilson said despite 3 interceptions and the score, they simply kept fighting.…

A New Year: Why Mr President, Why?

Happy New Year my fellow Americans. Getting my butt back into the gym is my New Year Resolution. I saw a guy I thought was around my age who looked fantastic, very muscular. He said he was 57; his secret was protein and creatine supplements.

As I begin 2015, another year into the battle to save my country, I observe the daily news thinking, “Same old, same old.” President Obama continues to, in essence, give…

Faith On The Final Frontier

“The final frontier” --- since the mid 1960’s these words have characterized Star Trek’s perception of the adventure and the discoveries to be found in the distant reaches of outer space. Yet can this vast interstellar ether really be said to be the final frontier in terms of providing an ultimate foundation or purpose? For despite all its wonder, at its core the cosmos is not that much different than ourselves in that its external composition is simply another manifestation or component of the… Continue

The TransFORM network is a “progressive community formation network.” Right from the get go, anyone with a lick of sense can tell that his outfit isn't playing with a full theological deck. Any doubting it only need to consider what the organization was proposing for the Christmas and Advent seasons.

The email making the suggestion begins, “Advent is a time when sentimentality and spiritualization reigns. But in more ancient forms of Christianity, Advent was more a season of…

These are a MUST READ. Please take the time to do so.