Everyone go to www.riseupforamerica.com and take appropriate action there. This means EVERYBODY!!! Please forward this to every patriot you know. We need numbers in the millions to make an impact!!

LETTER TO THE JOINT CHIEFS - COURTESY OF ROB L AT www.oilforimmigration.org

We are now in a situation where those who desire to extricate themselves from the War on Terror, or any other military obligation, may do so by challenging their orders. All one needs to do is question the… Continue

The Ten Commandments According to Obama

After observing Obama on the campaign trail and during his first six months in office, we have concluded that our President lives and governs according to his own set of "Ten Commandments." They're certainly NOT the Ten Commandments you… Continue

I am listening to Mark Levin radio saying we should call it that just that what it is GOVERNMENT RUN WELFARE!!!!

WorldNetDaily.com A Free Press For A Free People
What the ... ? Wikipedia says Obama born in Kenya!

Wikipedia just can't seem to make up its mind about where President Barack Obama was born. The free, online encyclopedia has been displaying at least two countries the commander in chief may have been born in – the United States and Kenya.

Read the latest now on WND.com.
Must Read News

No Wonder Black America Doesn't Have A Clue While flipping through the channels with my remote, I stopped on the movie, “Diary of a Mad Black Woman” on BET (Black Entertainment Television). Excellent movie. During a commercial break, they gave a news update. An announcer said, “They tried to get the Bronx kid, Sonia Sotomayor, but she beat them”. There was not one mention of Sotomayor's controversial racist statements. Thus, ill-informed black viewers who don't follow the news closely are led to conclude that those “evil racist… Continue

The Snarky Files - Euripides' Views on the Week (July 15) 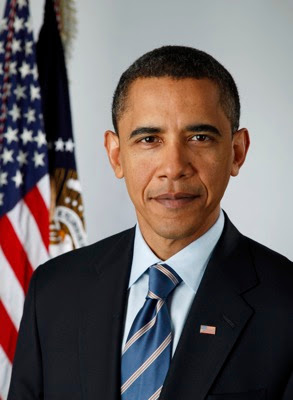 Barack Obama - Doing his part to live up to every expectation conservatives have come to expect. Why did anyone think that he should turn Congress loose on spending? Congress, of course, has responded like a drunken 16 year old in control of his parents' Platinum credit…
Continue

Col. Harry Riley will be on the Andrea Shea King show this evening at 9:00 p.m. EDT talking about the eligibility issue and the military. It could be a turning point. See his post at www.patriotsforamerica.ning.com.

It appears Obama has already retaliated against Major Cook

In the current Court petition on Orly Taitz website, the following paragraphs tell the story of retaliation against Major Cook......

Late on Tuesday afternoon, July 14, 2009, at around about 4:30 pm, Plaintiff Stefan Frederick Cook returned a call to an unknown telephone call from (813) 828-5884 and was told that his services were no longer required in Afghanistan and that he need not report for duty. In addition Plaintiff an e-mail with the revocation order attached from… Continue

Vote of No Confidence

Every movement in history starts with one person saying that they've had enough. People have been complaining for years about what’s going on in Washington DC and amazingly enough, complaining to friends and family didn’t seem to result in any change.

I, like many of you, have been waiting for SOMEONE to step up and lead but I finally decided that it was up to us. We owe it to our families, our fellow Americans and our country. So, the non-partisan National… Continue

Listen to BTR at 9:00 p.m. EDT tonight with Andrea Shea King. Col. Riley will be talking about Obama being in a corner. It has to do with the case of Major Cook, who had a deployment order, challenged Obama's eligibility, then had the deployment order rescinded so that Obama wouldn't have to answer the charges.

Apparently there are other plaintiffs on the case, so the hearing scheduled for tomorrow is… Continue My faith was tested when I awoke Nov. 5th 2008 to learn that Barack Hussen Obama was president of the United States. I had just returned home from performing at rallies across America on a national “Stop Obama Tour” with Our Country Deserves Better PAC. Our team made great headway for McCain/Palin in several states.

Frustratingly, the BIG MONEY Obama campaign kept coming behind us and winning back his numbers. I found peace in the knowledge that God is in control. God did… Continue

The following is an excerpt from Columnist Bill Turner in today's The Cypress Times.

There are at least 35 known terrorist training camps in the United States. Mosques throughout America are a known breeding ground for Imams seeking to build terror sleeper cells within our borders, and to help fund terrorism abroad. But,… Continue

The founders of the Constitution knew their classics and history....Biblical, Greek, Roman, European, and American.
Some of the founders could read the classics in their original languages. They were profound advanced scholars.
They based the Constitution on "ancient laws" that were the foundation of two of the most perfect governments in history. Ancient Isreal was the first nation in history to have a system of representative government. 1,500 years later the Anglo Saxons were… Continue

Greetings to you in the mighty name of our Lord and Savior Jesus Christ. I am Pastor Jachin Charley from India. God saved me and called me to serve Him. We are doing His work by Faith. We have a burden for the perishing souls. Thank you for your prayers, guidance and encouragement. We believe that in the coming days you will be a part of our ministry. We request you to pray continually for our Jesus Gospel Ministry as we are praying for you and your welfare.… Continue

Thank you to all of you who listened to our last show. We will have our next show on Tuesday at 1:00PM EST. 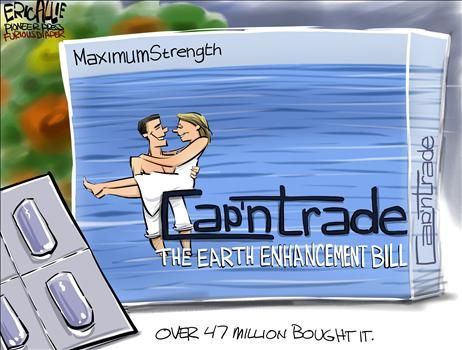 Cartoon by Eric Allie on Townhall.com

I can hardly wait to have my email inbox… Continue

As a very concerned citizen, I am requesting that you investigate Major Cook’s claim that Barack Hussein Obama, aka Barry Soetoro, is not a “natural born citizen” as required by Article II, Section 1 of the U.S. Constitution.

Evidence has been… Continue

RE: INVESTIGATION IS DEMANDED


The following article can be found at the website and link at the bottom of the page. It was also carried at www.worldnetdaily.com today.

If you, my elected officials, do not launch an investigation into why this Ghanaian news source claims… Continue