I just got done reading about a tragedy in Ohio.  A minivan was going south in the northbound lane of I-75.  It hit another minivan head on killing four people and leaving a number of children injured.  The four adults were the parents of the children.  The police stated that the minivan going the wrong way reeked of alcohol.  I imagine the police will get a post mortem of the blood alcohol of the driver of the wrong way driver.  It sounds like the result will be higher than the legal…

Conservatives Must Not Seek All Low Info Voters.

It sticks in my craw that Conservatives/Republicans are leaning toward, in essence, becoming immoral, stupid and un-American to win Low-Information-Voters. Folks, I can not do that. 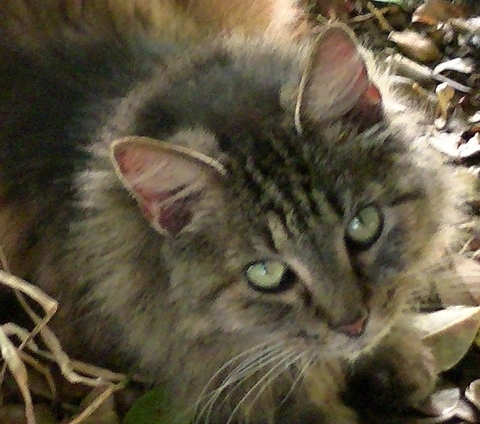 Meet Semi. I have more respect for Semi, a stray cat which my wife befriended, than I do for…

I was in the Air Force stationed at Pruem Air Station in West Germany in December, 1980.  This was to be my first Christmas overseas.  We suddenly got deployment orders in mid-December.  Myself, most of my shop, and most of the "Rubber Ducky" where the radar info was put onto the radar consoles were to be packed up.

We deployed to Ramstien Air Base and set up our equipment behind United States Air Force Europe Headquarters Building.  Our mission was to allow the big wigs to…

Our Usurper and the DD Form 398

A great many of us for a variety of reasons feel the person in the White House is both Constitutionally and by his background unqualified to be President.  Here is one more reason.  This I know personally as I had to do and pass a DD Form 398 background check to qualify for a Top Secret in the Air Force.

It is a pain to fill out.  Here is what happens once you turn that form in.  I am quoting from an article written by an investigator that would take the form to the field and…

December 22nd and I am still here.

I have just finished reading Drudge and Lucianne.com.  I can't find any story that the world ended.

So I can only conclude that December 21st was the Mayan's Y2K problem!

I called my State Senator Jone's office today to see what if anything is going on as to an investigation into the complete security disaster.

I didn't learn anything new.  The aide took my name and contact information and told me the Senator would get back with me.  I will check in after Christmas if I don't hear anything.  That goes for the others I have contacted.

So far I can't get a hold of my State Represenative Genetski.  The phone goes straight to…

Things have been very busy with the business and not much has been happening on the investigations into the union, and lets call these few what they are, terrorists and their actions on both Thursday and Tuesday.

Friday, I contacted State Senator Jones office to log my complaint about the total lack of security on the Capitol grounds for Americans For Prosperity.

I have now contacted my State Representative, Senator, the Governor, and the Attorney General.  So… 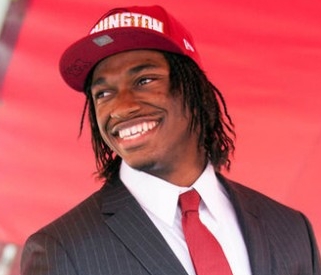 RGIII (Robert Griffin III), superstar quarterback of the Washington Redskins is the latest black under attack by the Blackness Gestapo. The Blackness Gestapo are racists, black and white, who troll the airways keeping blacks in-check, faithful to their blackness. They believe to be authentically black, one must behave and think in certain ways.…