NOTE: Mockers of Christianity and naysayers do not comprehend Christmas or Christ because the Holy Spirit is not in them and they are blind and deaf. They show their great fear of Christianity by attacking it. It is also time, fellow Christians, to register to vote and to prepare yourselves to vote. Christ is a "mover and a shaker" if you will, an activist for truth and justice. You may even say that He was politically motivated when he… Continue

It "LOOKS" Like Your Legislators Are Being Bribed So You Can Be Spied On...

MAPLIGHT, the non-profit government watchdog that reveals the influence of money on politics in 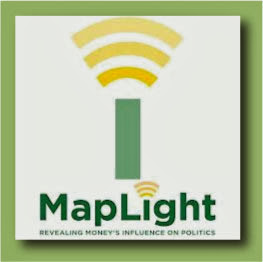 the U.S. Congress and in the California and Wisconsin state…

I just got back from attending a special meeting of the Township Board.  The main topic was Health Care.

The old policy for Township Employees (there are not many) was cancelled due to Barry's Death Care.  It was a 90-10 plan.  Now the best the Township is allowed to do is a 70-30 plan with a higher co-pay cap that costs about 6% more.

The Township normally pre-pays the co-pay.  This is a good deal.  But now with IRS rules, if the Township fully does this, the individual must… Pleasantly surprised and a bit shocked, I enjoyed religious Christmas Carols played in the elevator of a major hotel. Progressive bullies are relentless in their quest to repeal the celebration of Jesus' birthday, Christmas, declared a federal holiday in 1870 by President Ulysses S. Grant.

Mandela Dies and the Hype Continues

Praising the life of a confessed Communist responsible for the death and mutilation of hundreds of innocent people. Now ask yourselves where Obama and Bill Clinton are at the moment. They are at Mandela's coffin praising his virtue. Shouldn't this tell Americans and all people of the world WHO EXACTLY the Obama's and Clinton's are???

In his book, ”Long Walk to Freedom”, Peace Laureate, Mandela writes that as a leading member of the ANC’s… Continue

“President Obama acknowledged on Thursday that he lived with his Kenyan uncle for a brief period in the 1980s while preparing to attend Harvard Law School, contradicting a statement more than a year ago that the White House had no record of the two ever meeting.”

That’s a first. He is a liar without equal, but it’s a first that he admit it. Obama admits he lied — he did live with Uncle Onyango Obama. I wonder why Obama would own up… Continue

Every American is the victim of one of the most insidious crimes ever perpetrated on the collective - the capturing of our nation from within. The set-up process occurred over decades, but culminated with the selection and installation of Barack Hussein Obama, a/k/a Barry Soetoro, as the front man in this silent coup.

NOTE: This is more of a turnout than we have in the U.S. for just about anything -

A group promoting traditional marriage in Taiwan said that it marshaled some 200,000 people in front of Taiwan's presidential office November 30 to protest a proposed amendment that would legalize same-sex "marriage" in the country.

The march, organized in part by a group calling itself the Coalition for the Happiness of… Continue

Excerpt: They think that Ben Bernanke fixed things and that the economy is back on track, but the Fed is still doing emergency measures. They’re printing $85 billion a month – that’s over a trillion dollars a year… and people do not grasp the scale of the emergency measures that they’re doing right now...I think the crash of 2008 was just a speed bump on the way to the main event…… Continue

I got a little nauseous tonight after I learned of the passing of Nelson Mandela. Some of the sources that I would expect to give that “fair and balanced” reporting they promise definitely failed in that regard. That is my opinion. Check out these headlines:
Fox News:

Tonight, I gave the Gunplain Charter Township Board at their monthly meeting the Resolution below to pass.  Well, they neither passed it or defeated it.  So it is still pending.  At the meeting, the Supervisor announced that the Township's Health Insurance policy has been cancelled due to "Obama Care".  Interesting timing.

I gave a copy of my Resolution to this district's County Commissioner.  He is going to show it to the County Administrator to see if the County can act on…