And To Think This Person Votes!!!!

Below I am going to retype an actual letter to the editor I got in an e-mail.  This is great!  Please read the entire letter and you will get the point!

Republicans and "so-called" conservatives are at it again.  The are claiming that the Constitution gives people the right ot have guns without the permission of the government.  If that were true, then how dould New York and Chicago have laws against…

A black Christian Obama voter called me after the election. For years, I have informed him of Obama's attacks on Christianity and anti-Christian agenda. He praised Romney for saying in his concession speech that we need to pray for our president. Then he added, “I prayed that God…

Returning home after two months on the road touring the country singing, speaking, writing and campaigning to defeat Obama, I felt similar to a heartbroken soldier after losing a war. I trust God, but in all candor, I felt emotionally drained.… During dinner on the Rebuild America Defeat Obama bus tour, a fascinating discussion evolved amongst our team. Someone said he fears who we have become as a people; a nation in which a majority believes it normal to receive government-handouts. He witnessed…

Alert - This Story is Satire

There is a story going around the Internet about the military vote.

The story, titled Military Absentee Ballots Delivered One Day Late, Would Have Swung Election for Romney … Increasingly, I am hearing the following mantra/narrative from Black Christians. “I'm voting for Obama because he is the lesser of the two evils.” This is an extremely weak veiled attempt to justify their racism and loyalty to The Black Code (never side with a white against a fellow black).… 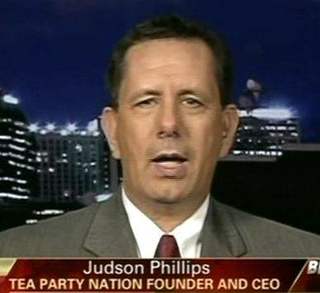 Bishop T.D. Jakes said you know you are somebody (important) by your enemies. Well, founder of Tea Party Nation, Judson Phillips MUST be a real mover and shaker because Obama's justice department and Media Matters have ganged up on Phillips, targeting him for destruction. It seems that Phillips got the Obama Administration’s panties in a wad over “truths” he spoke regarding…

18 venn diagrams showing how corrupt our government is “Don’t be afraid; just believe.” (Mark 5:36 NIV) These are words spoken by our Lord Jesus Christ preparing to revive and to heal a twelve year old daughter of a synagogue leader name Jairus. Jesus and the leader Jairus were told upon arrival that the young lady was already dead and that he should simply let Jesus be. Now, for many of us in the church arena that would…