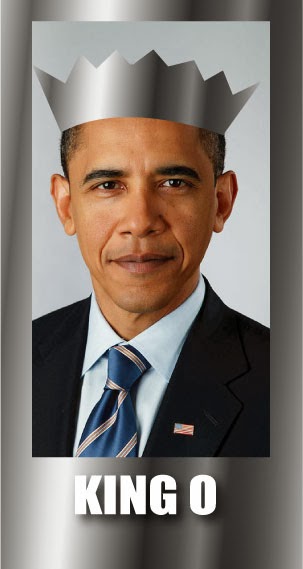 Having previously appointed an entire, new legislative body, a completely new Congress, in addition to the one that is already duly elected, and then appointing himself both Senator and Member of this new House of Representatives, the President, acting as this new Congress has now written additional law, which he, as President, also approves.  The President issues this new law as an edict which states unequivocally that "...it will let people keep health insurance plans that would otherwise be out of compliance with ObamaCare for another two years..."

GOP'ers  immediately responded that this is an election-year ploy. According to Fox News:

"...The administration had already given people a one-year reprieve after millions had their health plans canceled last year, despite President Obama's promises that people could keep their plans if they wanted. The so-called 'fix' was meant to ease the transition as well as the political headache for Democrats -- but the 'fix' and the latest extension, will have limited impact, since it is up to individual insurance companies and state commissioners whether to re-offer canceled policies..."

Never mind the Constitution.  We're just worried about the votes, and the "agenda."

And of course the Department of Health and Human Enslavement said it was "...simply trying to provide 'flexibility' while the entire law is being implemented..."

We've heard that term, "flexibility," before, also in reference to "after the election."

This apparently is a triple whammy, as it accomplishes three things:

1.  It throws at least some water on the ever-burning conflagration of canceled insurance plans, that are consuming major quantities of political oxygen that the Democrats desperatgely need in an election year.
2.  It trashes and burns the Constitution once again, bypassing Constitutional protocol.
3.  It bypasses Congress and makes the Legislature ever more irrelevant.

These last two factors are now so common-place, there's not even a whimper of a reference to them by anyone in Congress. If we care to make this an issue, we are going to have to get extremely noisy, because, as we all know, no one can hear a silent majority.

Here's the full article as presented by Fox News and the AP.

Mitch needs to step up to the plate and offer a solution to Obama ignoring the law's mandates.