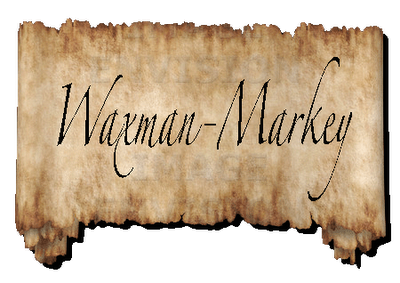 Some think congressional bills are dug up from long-lost alien civilizations which have illegally crossed over the border from Mexico. This is simply absurd, but it doesn't keep people from thinking it. The truth, as usual, is far stranger.
From Euripides' Blog

I finally met up with the informant I'd been after for two years. Before we met, he would pass information along by leaving rainbow-hued sticky notes to the underside of my Ford pickup. At first, I thought it was a joke, but the information on each sticky note would always predict the actions of Congress with at least a day's notice:

Nancy Pelosi will have her maidservant pick up her dry cleaning at 3:00 p.m. today.
Steny Hoyer will fall asleep during the reading of H.R. 748.
James Clyburn has developed an embarrassing case of jock itch.

Always, the predictions were dead on accurate.

I started writing sticky notes back, leaving them exactly two inches to the right from where the informant stuck his notes, per his instructions. He always answered my notes within a few hours, always finding my Ford wherever I happened to leave it. On three occasions, he left me notes while I was on the expressway from Dulles International.

In all this finding, I had to know the answer to The Big Question.

After two years, he finally agreed to meet me in the parking garage at a high-class hotel in Anacostia. I asked him what I should call him. He would only identify himself as "Shallownostril."

On the forth level, ten meters to the south and seventeen meters to the west of the elevator, I first set eyes on Shallownostril. He wore a dark suit, dark shirt, dark tie, dark shoes, dark hat, and white socks. He nodded once at me as I departed the elevator. I nodded at him in return, tripping on a drunk who had chosen to pass out just outside the elevator doors. I sauntered over to him, trying to impress him with my swagger. He didn't look impressed. So I stopped sauntering and walked the rest of the way.

Once we stood face to face, he carefully set down an obviously heavy, metal briefcase in front of me. I, in return, set down a ripped pair of pants on top of the briefcase.

He nodded once and took the ripped pants.

"Does this contain what I think it contains?" I asked, indicating the briefcase.

"It does," he replied. "It's the answer to The Big Question."

We stood in silence for a moment, staring at each other, waiting for the other one to make the next move. Five, then ten seconds passed. The silence grew uncomfortable.

I guess I was too nervous. I broke first.

Shallownostril nodded with understanding. "Yeah, I know what you mean. I came straight over here from work and I haven't had anything to eat since lunch."

"Nice to finally meet you."

I nodded in agreement and picked up the briefcase. We walked away in opposite directions. Shallownostril headed toward the fire escape. I sidestepped the drunk as I returned to the elevator.

I shook with anticipation as I sat in my pickup truck with the metal briefcase on my lap. Inside contained the answer to The Big Question. I could scarcely control my hands as I reached for the latches to pop them open.

Inside the briefcase was a sticky note. The note was penned in the finely crafted handwriting of Shallownostril. I strained to read it under the flickering sickly orange-green light, broken from its cage on the side of the concrete garage wall. Shallownostril had indeed found the answer to The Big Question: Who drafts the healthcare bill that Congress wants to desperately pass?


The answer to The Big Question took hundreds of hours of research, untold thousands in bribes, and an uncomfortable afternoon spent watching Nancy Pelosi at a local spa getting a body wrap. Despite the hardship and overtime hours, I have discovered the author of the healthcare bill.

The healthcare bill was written...


I closed the briefcase. My perception changed. My paradigm shifted. My left eye twitched, but that had nothing to do with the answer to The Big Question.

As I pointed my Ford Pickup toward home, I pondered the answer in my mind over and over again. The answer made perfect sense.

The healthcare bill was written by a small monkey who has been fed an exceedingly large amount of gin.


My thanks to Brandon Sanderson whose brilliant writing inspired me to write this extemporaneous piece. You'll find his inspiring line (though with a completely different context than the one I just gave it) on page 341 of his latest book, Warbreaker (New York: Tor, 2009). I highly recommend this and his other works to you.